The morning after San Francisco was gray and miserable. Unfortunately, San Fran would be our last day of sunshine on the coast. The night before we had gone to a bar in Berkeley- there was another friend hosting a poker night there that I wanted to see. Everyone went with me, but it just wasn’t a situation where the two groups blended. I think we mutually understood that each of our groups would enjoy their own company at the same table, and occasionally I’d shout across it- but that was it.

We planned on going to wine country the next day, but Devin showed up and offered us lunch at Google instead. 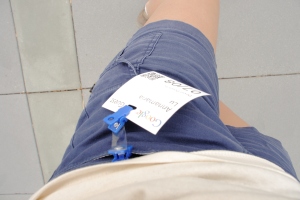 Look: Google is just as awesome as they make it out to be. The food is delicious, the campus is quirky, and the people are young, fit, and casual. I loved their little tour space (in BETA!) where you could see hand-drawn graphs of their growth over time.

Oh, and the food is delicious.

We finished up at Google and were heading back to the car when we decided we didn’t have time to make it to wine country and get up the coast on our schedule. In fact…..we decided to go back to the fencing club we were crashing in, pick up all our things, and book it up the coast that night. I had miscalculated the time it would take to drive up the coast and hadn’t allowed for significant stops, so this was for the best. 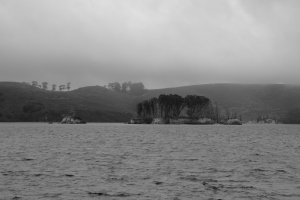 I’ve mostly done street photography. Street has movement and situations. Once I started to, hesitantly, embrace street photography it became a Thing. My mentor Khoa and I would go on long hikes throughout Chicago. We’ve spent a few nights drinking too much and nerding out over photography.

Photography is different traveling with others. First of all, there’s an awareness that not only do you have a camera, but you have the power to take those photos and make them public on Facebook. I think photography subjects are a bit like Schroedinger’s cat: as soon as they know they are being observed, they behave differently. It’s hard to document what’s going on without the knowledge that you have a camera affecting the portraits.

Maybe your friends ignore you (best case scenario!!!) and carry on. Maybe they straighten up a bit and linger long enough for you to wonder if they are hoping you’ll take a picture of them, but aren’t going to ask. Maybe they’ll make odd faces or stop doing the activity you wanted them to keep doing so the photo won’t be something you’ll share. Or you give up and ask for a shot because maybe they’ll stand still and smile if you beg OR you take shots from very far away OR when their backs are turned.

Fuck it- I like candids.
If your subjects know you have a camera,
They are rarely candid.

We wanted a west coast sunset. We looked up the time, and pulled over at a park. It was too cloudy. All the four of us got was a pink tint out near the horizon. However, we had booze, and there was driftwood on the beach as well as metal burn sites….we thought we would make a bonfire. But my lighter was missing –probably left in Rancho Mirage– and even though Aly and I had gathered dried driftwood, even though we wanted it, we had to leave cranky and disappointed.

3 thoughts on “West Coastin’ I”